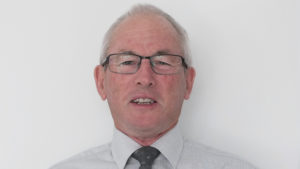 Alex retired from Victoria Police as a Detective Senior Sergeant in July 2005 after 36 years’ service.

In 1991 he undertook the investigation into the Coode Island chemical fire as lead investigator for the State Coroner. In order to undertake this investigation, he established the first Victoria Police/Metropolitan Fire Brigade joint task force. During the time that the task force was maintained it also attended and assisted in the investigation of 3 incidents in the petro-chemical industry resulting in fatalities to workers of these facilities.

In 1992 he travelled to the United State of America with a task force fire service representative to research joint police/fire service task forces in various States and also with the federal Bureau of Investigation and the Bureau of Alcohol, Tobacco and Firearms.

He formed part of a working party which resulted in a formal State Government Policy establishing new fire investigation protocols for Victoria.

In 1996 he graduated from the Gordon Institute of TAFE with a Diploma of Health (Occupational Health and Safety) and was awarded a special award for Academic Excellence for his studies.

During his career he has been involved in the writing and delivery of multi-agency Emergency Management exercises involving the emergency services, support agencies and a major health care facility.

Upon his retirement from Victoria Police he established Crisis Health and Safety Management Strategies (CHASM Strategies). The business provided training services to a number of clients involved in disability support services and an employment agency.

It reviewed the Emergency Management Plan and delivered Area Warden training for a retirement facility and also provided Places of Public Entertainment Safety Officer services for both sporting and motor sport events in the Geelong area.

He has been trained and employed by the Country Fire Authority to deliver the Fire Ready Victoria program to residents living in the Otway Ranges and Brisbane Ranges area together with facilitating Community Fireguard meetings in those areas.

He has been employed by Melbourne Health as an Occupational Health and Safety Consultant on a number of short term contracts.

He has continued with the writing and delivery of Emergency Management exercises for staff at a high profile golf club and with a multi-agency exercise for emergency services and support services in attending a major mass casualty incident at the facility during the staging of a major golf tournament.