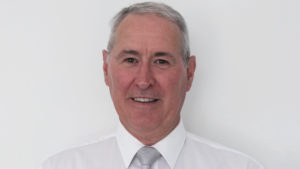 Barry retired from the Country Fire Authority (Victoria) as an Operations Manager in November 2014 after serving 45 years including 4 years as a volunteer.

During his employment Barry served in a number of roles including the management of integrated fire stations including Hazardous Material Response. In 1987 he was appointed as an instructor at the CFA Training College where he spent over 5 years training career, volunteer and commercial students. During his field appointments he worked closely with industry including major hazard facilities assisting with emergency planning including the development and conduct of exercises. In addition to these roles Barry qualified as a Fire Investigator in structural, transportation and bushfire environments. He also successfully completed the Victoria Police Bomb Scene Examination Course.

As an operational officer he completed the Australian Inter-Service Incident Management System Course and qualified as a Level 3 Incident Controller performing in this capacity and other roles at numerous major incidents throughout Victoria and Australia. He was also delegated by the Chief Officer to perform ‘Real Time Performance Monitoring’ of Incident Management Teams during major incidents. In the later part of his career Barry performed a liaison function with the Victoria Police Strategic Emergency Management Assurance Team to review and report on emergency preparedness and response arrangements.

After completing the Incident Cause Analysis Method (ICAM) Lead Investigators Course and Human Factors training Barry was delegated to undertake incident and near miss investigations.

In 1999 and 2000 Barry was selected to deliver training in Fiji on behalf of AusAID. Two courses on Incident Management and Pre Incident Planning were delivered to representatives from the Fijian National Fire Authority, Police, Navy, Army, Red Cross and Port Authority.

In 2006 he was seconded to the Victoria Police Counter Terrorism Co-ordination Unit as the Fire Service Liaison Officer representing both the Country Fire Authority and Metropolitan Fire Brigade focussing on agency and community preparedness including education and exercising.

Barry is a recipient of the National Medal and National Emergency Medal and on completion of his service with CFA in 2014 was awarded a CFA Life Membership and Outstanding Service Award. Barry is also a member of the International Association of Emergency Managers and an Affiliate member of the Business Continuity Institute.